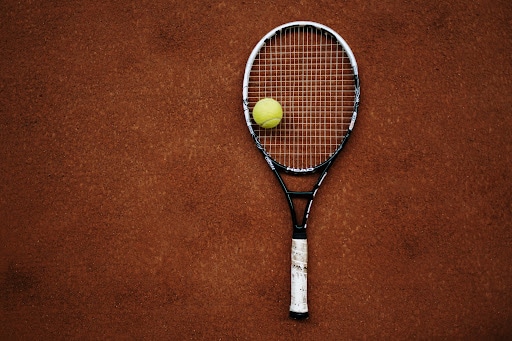 Naomi Osaka dazzled the red carpet when she hosted at the Met Gala. She sported a Louis Vuitton outfit that paid homage to her Japanese heritage at the exclusive event, which was also attended by fellow Olympians.

Earlier this summer, her goal was to become the first Japanese tennis player to win an olympic gold medal. She came close, but ended up losing in straight sets to Marketa Vondrousova during the women’s singles. It looked like she had a shot after winning her first two rounds. Osaka has a powerful serve that can reach speeds of 125 miles per hour, and her playing style can be described as ‘aggressive’. She still made history during the opening ceremony of the Tokyo 2020 Olympics, being the first tennis player to ever light the olympic cauldron.

Born in 1997 in Chuo Ward, Osaka, Japan to a Haitian father and Japanese mother, Naomi Osaka has lived and trained in the United States since she was a small child. She is ranked No. 1 by the Women’s Tennis Association and is the reigning champion of the Australian Open. Her parents made a decision early on that she would play for Japan. She became the first Japanese player to win a grand slam singles title in 2018 when she defeated Serena Williams in the US Open finals. In 2019 and 2020, Osaka made the Time’s annual list of 100 most influential people in the world.

Despite the high level of athletic performance and success, she has struggled with her mental health and is taking time to heal. Recently she stated that she is going to take a break from tennis, stating, “I feel like for me, recently, when I win I don’t feel happy. I feel more like a relief. And then, when I lose, I feel very sad. I don’t think that’s normal.”

George Carlo, Founder and CEO of Secrets of Champions Foundation, is a sports performance coach that values the connection between body and mind. His holistic approach to sports performance is rooted in the science of the nervous and musculoskeletal systems.